I just came across this cute puzzle and decided to solve it. Like a lot of simple CTF puzzles, we’re just asked to pass some program arguments which when correct, guide the control flow to giving us a shell.

We’re given this C source code:

If we can provide the correct number in *argv[1], passing this conditional, we’ll execute a /bin/sh shell on this suid binary and win. Continue on to see how it was solved.

While I was browsing the Reverse Engineering sub on Reddit a few months ago, I came across a puzzle that the poster said came from a Danish newspaper. It consisted of a single fairly large image, with a small amount of x86 assembly on one side, and a large block of text on the other, formatted to display a question mark. So, having finally had the time to sit down and solve this recently, I thought I would do a writeup, explaining my thought processes along the way in the hopes someone can learn from it. Another goal here is to expose people to the majesty of Radare2, which is a Vim-like commandline reverse engineering tool that follows the principles of the Unix philosophy. 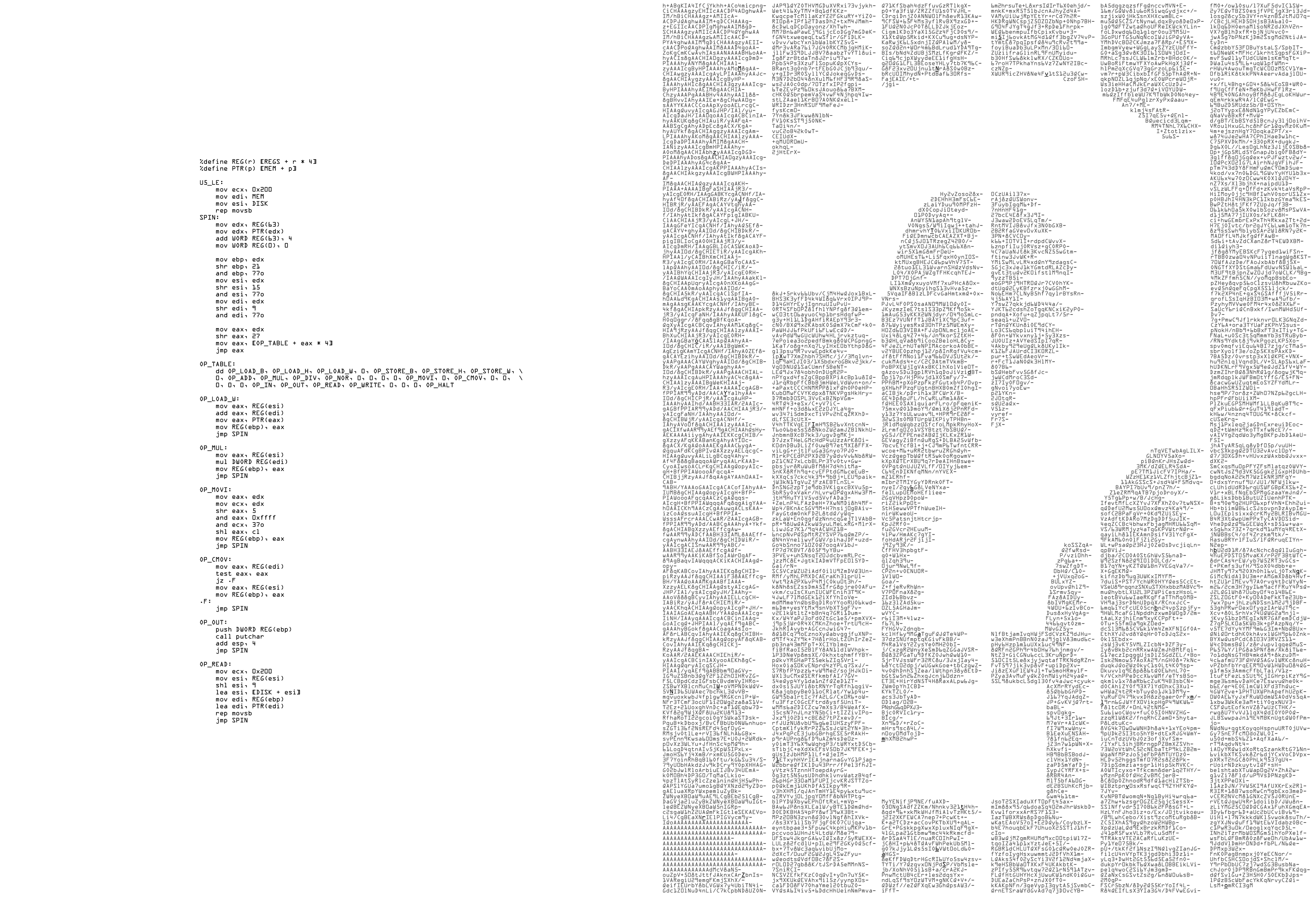 The block of text on the right is base64 encoded, which is easy enough to to convert back into a binary file, but since it is an image, we can’t directly get at that block in a text format without doing some kind of optical character recognition. We can guess it is base64 encoded by the characters used, and really after you’ve seen a lot of base64, you can usually spot it pretty easily.

I tried a few online OCR services, which did not work, and since I had invested almost no time into this, I was ready to say the hell with it. I was not about to type all that base64 text into my text editor by hand.

I did end up solving this puzzle and creating tools to reverse engineer it, what follows is a detailed writeup, read on for more.

Note: If you are using a blocker such as Privacy Badger, like I do, I’ve noticed the terminal movie playback embeds from asciinema.org may be blocked by default. If you wish to see those in this post, you’ll have to toggle that domain to allow in your plugin, though you don’t need to accept cookies from that domain for it to work.

You may have noticed that I like to program many things in Ruby. I really do like many aspects of this language, and it’s usually the main language that I use at work as well. Lately I’ve been getting the feeling that a programmer can get judged and immediately pigeon holed based on using a language a lot at work. For example if you use Ruby you must be “only” a web programmer, if you use a garbage collected language, you mustn’t be able to manage memory, or handle programming in languages like C or C++, let alone assembly.

So I like to take some of my free time and play hacker wargames like smashthestack.org, or reverse engineer crackmes, so I decided to describe my process for solving those types of challanges here.

Here is a neat example of using shaders in WebGL, read on to see the GLSL shader code

I am into all types of synthesizers, old and new, and recently I’ve taken to the sound of older video game sound chips. I recently desoldered the NES’s 2A03 processor off its mainboard and have it in partial communication with an Arudino, but rewind, do I really know enough about composing music on that chip? Not yet. So there’s only one thing to do about that.

The NES was programmed in 6502 assembly language, and lucky for me, it actually has a really straight forward instruction set, but still, last month I was still not familiar with it enough to make anything. Now, usually when I don’t understand something, I write a program that somehow involves whatever topic I’m learning. You can’t write a program like an assembler without understanding how the processor for that assembler works, so I wrote my own assembler for the NES called n65.

This is the assembler I will be using in this article, and to help me compose music on the NES.

You can easily install n65 through RubyGems.org:

Since they are my favourite, let’s learn something neat about matrices, something that can also serve as the first post on this new blog of mine about math, programming, and DSP.

Last year I built a small MIDI controlled polyphonic synthesizer called KittySynth using a 72MHz LeafLabs Maple microcontroller board, an Audio Codec Shield from Open Music Labs, and some C++. I had originally had some ideas to try to build something like this by abusing the timers and PWM duty cycles on a 16MHz Arduino Mega I have, but quickly realized there was no way on earth I could build what I wanted to with the small amount of resources on an Arduino. The ARM based STM32 chip on the Maple had just enough resources available to create an 8-voice polyphonic wavetable synth, which I should write about sooner or later.

Anyway, while researching for that project I found out that someone actually has created a perfectly viable synthesizer based around a 20MHz ATMega chip (as in the Arduino) called the Shruthi-1. I thought this was a perfect opportunity to go through the steps of actually building a proper synth of the sort I would someday like to design, so I ordered the Shruth-1 4-Pole Mission Kit, and decided to put it together from scratch. 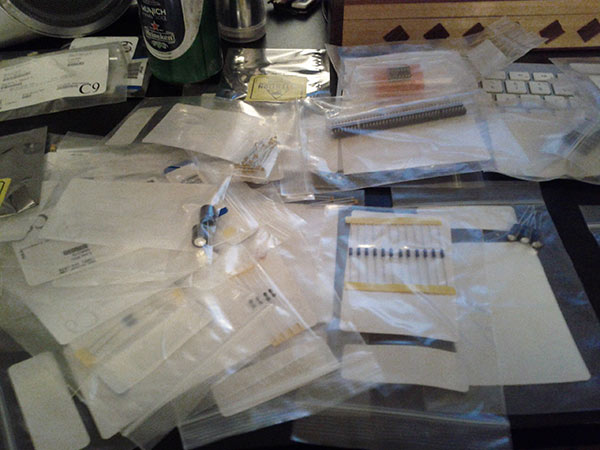 This is part 6 of a 6 part tutorial

A mathematical function is never going to give you a different answer no matter how many times you give it the same argument. The reason for that is pretty much that it cannot get any values from anywhere other than what you passed it, so it can never be any different.

This is part 5 of a 6 part tutorial

The Haskell list type is also an instance of the Monad typeclass. There are four functions defined for a monad, but you only need to implement 2 of them: >>= (pronounced bind) and return.

The easiest function is return. It just wraps a value in the monad container, and it is exactly the same thing as pure from the Applicative class. The bind function takes a monad holding a value of type a, and a function which can change an a into the same type of monad holding something of type b.

Before making MyList an instance of Monad, it might be easier to see what happens if we make something simpler like Container from part 1 an instance first.

This is part 4 of a 6 part tutorial

A Haskell list is also an Applicative Functor. If we want to make MyList one too, we can look at the interface for the Applicative class, and implement the right functions.

Interface for the Applicative Typeclass

So, it looks as though we need to implement the functions pure and <*> in order to be an instance of Applicative. This also says that whatever is Applictaive has the prerequisite of also being a Functor. The function pure must take any type a and wrap it in the container MyList. This is also called lifting a into the Functor. Implementing pure is easy enough, because it is the same thing as our data constructor, Cons.